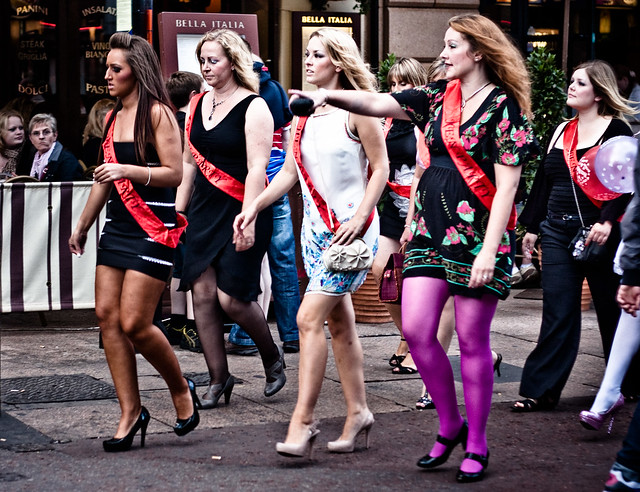 So, you’ve been asked to be Maid of Honour? Congratulations! Your best friend is soon to get married, and they want you to be part of their big day. Becoming a Maid of Honour can be extremely exciting, but it can also be a bit of a worry.

What do you need to do? What is there to plan? How do you know you’re getting everything right? One of those biggest concerns comes when it’s time to plan the hen party. It’s your best friend’s “last night of freedom” as it were. And it’s down to you to ensure it’s perfect. No pressure then, right? Don’t panic, however. We’ve got you covered. Here’s everything you need to know about planning an awesome hen party.

The first thing you’re going to want to do is dig around. Find out exactly what kind of hen party your friend is after. They’ve more than likely told other friends the type of thing they want. Perhaps they’ve said they want something relaxing during the day and a party at night. Maybe they want something low-key. They may even want to go abroad. Do some digging and found out what her other friends have heard. You may even want to ask the bride a few questions yourself. Give her a couple of examples, to help narrow it down. You don’t want her to tell you exactly what it is she wants – that will take all the fun and surprise away. Instead, come up with a few ideas based on her likes and dislikes. And don’t forget to find out if there’s anyone she doesn’t want to come!

The other thing you’re going to want to find out is the timeframe for the hen party. The bride may want something the weekend before the big day. They may want something months in advance. To let the hangover finally subside, of course! Find out exactly how much time you have to plan. It may be that she wants more than one celebration as well. A lot of people do this so that they can invite different people to each event. Let’s be honest, the Mother in Law isn’t going to be invited to the all night rave now is she? We’ll go into this a bit later, in the ideas section.

It’s now time to come up with a budget. Don’t forget that weddings are expensive days, for all involved. The bridal party will have to fork out money for things such as dresses and transport. Family members will need new outfits and hotel rooms. Not to mention the money the bride is going to be spending! The last thing people want to spend a fortune on is the hen party. You need to find out from everyone how much they can afford. This will prevent any letdowns later down the line. Some friends and family members are happy to pay a little extra each, to pay for the bride. Others will be unable to afford it, so the bride will have to fund herself. Once you know the budget, you’ll then be able to plan better.

Now onto the fun part, the ideas! There are so many incredible hen party ideas out there; it’s a whole other article in itself. Here are some of the most fun and popular:

When it comes to organising something like this, it’s the little things that count the most. Going on a spa weekend? Buy everyone some spa slippers by Richard Haworth – with their initials on! Planning a big night out? Get some t-shirts printed with the bride’s face and mantra on. Put together goody bags for all of the guests. Organise for a limousine to pick everyone up. There are so many touches you can add, to create something truly special. Remember, this is all about your best friend and her big day. What does she love? These little touches will be the icing on the cake. Definitely something your best friend won’t forget in a hurry!

Look, there’s always going to be problems when organising a hen party. No matter how perfect you try and make it. People will drop out, not pay, or cause arguments. As Maid of Honour, it’s your duty to deal with these issues. And it isn’t going to be pretty! Put together an emergency plan. What will you do if someone dropped out last minute? Have a backup list of guests who want to come. How do you deal with people not paying? Pretty much the same answer! Although have some reserve funds in case you need to cover the costs. What do you do if someone causes an argument? If anyone is trying to ruin the hen party, send them home. This day is all about the bride, not someone else being a brat.

We hope this has simplified things for you a little bit. We know how scary it may seem now, but it’s all worth it when you see the smile on your best friend’s face. You’ll even forget all about Susan not paying, and Tracy causing fights.